Welcome to the City Law School!

Welcome to the City Law School!

City's Welcome site is available now, so do take a look to see timetables, the Welcome to City Guide and events listings as well as information on services available to support you.

Life as a law student can be tough at times…..

If you are finding things difficult and would like to talk to someone, your Student Welfare Officer, Su Cassidy will be available in A221 (College Building second floor, near spiral staircase) at the following times:

You can book an appointment with Su at another time or at Gray’s Inn Place by emailing cls.support@city.ac.uk

Those of you wanting to improve your commercial awareness will know that the Financial Times is a useful tool for this.

Those of you who already have an account with ft.com will now need to re-register.

Law School news posted by Emily on Thu 14 Sep, 2017
Need to use another library to find materials?

Need to use another library to find materials?

Join us for a conversation with Tina Carlile, Senior Counsel for International Trade at BP, as she walks us through her varied career path from a small farm in rural Texas to being an international trade negotiator. Tina is a firm believer in taking advantage of opportunities when they present themselves and has spent a good bit of her career moving between legal and programmatic roles in the U.S. Dept’s of State and Homeland Security, consulting, and the private sector. She will share with you key lessons she has learned along the way as she has found a career and a profession that she is passionate about.

Open to City students only.

This session would explore some of the main Brexit cases that have taken place (Miller I & II, Scottish Continuity Bill, Wightman, etc.), but from different perspectives and at multiple levels: domestic (High Court & UK Supreme Court), domestic-devolved (Scotland), and supra-national (EU). In particular it will discuss how the judiciary has handled its role throughout the Brexit process, including scrutiny of its strengths, weaknesses, powers, and limits.

Afternoon Session (1400-1530): Court Criticism, Democracy and the Rule of Law

This session would critically examine, from an interdisciplinary perspective, the wider impact on the judiciary that Brexit has brought about. From the “Enemies of the People” headline to the bombshell prorogation case, the judiciary has encountered a wide variety of criticism throughout the Brexit process.

In this event, the team that maps LawTech and Innovation Ecosystems will present their latest research on the "make-or-buy" dilemma when it comes to adoption of LawTech.

This event is free for all to join but you must register beforehand.

Hosted by the Corporate and Financial Law Research Group at the University of Glasgow School of Law, this event splits into two panels:

Find the programme online and register your indication to attend.

How do we investigate violent and unexpected deaths at the inquest?

Who investigates? When do deaths get referred to the Coroner? Are inquests non-adversarial and inquisitorial? When do you have a jury? What are findings, determinations and conclusions (aka verdicts)? Can you appeal? Is the process transparent to the public and user friendly? Fit for purpose or in need of reform?

Professor Leslie Thomas QC is the current Gresham Professor of Law and will be doing a series of 6 lectures over the course of the coming year.

This series of monthly remote workshops organised on the Zoom platform by the Institute of Advanced Legal Studies during the 2020-21 academic year seeks to ‘make sense’ of the wide ranging relationship between law and the pandemic through the insights of the humanities, broadly understood as the set of cultural influences which are shaping the use of law and the responses to it. Authors will present theirwork in progress for twenty minutes, followed by questions from the audience and discussion. The intention is to publish the papers following the completion of the series.

Walls and Bridges: Metaphors of Movement and Constraint in Legal Responses to COVID-19
David Gurnham, University of Southampton

Security and the Pandemic: A View from Hong Kong
Marco Wan, University of Hong Kong

Hosted by the UKELA, this webinar will discuss the outcome of the negotiations on a future trade and security
relationship between the UK and the EU. If a deal is struck, the focus will be on the content of the
agreement, the prospects for its successful implementation and the possible development of a deeper
relationship between the UK and the EU in the longer term. In the (less likely) event of no deal, speakers
will debate the implications of this failure of diplomacy for the UK’s future relations with the EU, its
economic prospects and its place in the world, as well as the impact on the situation in Northern Ireland
and on the Government’s hoped-for trade agreement with the USA.

The webinar will be introduced and the discussion chaired by Sir Alan Dashwood QC.

Tickets are £5 for students.

The event is for prospective applicants for traineeship at Matrix that are thinking about applying in the forthcoming round this year, to commence traineeship in October 2022. The open day will last approximately 1.5 hours and will combine both our usual Student Open Day and Diversity Open Evening.

Please click here to register for the Open day. There is no charge to attend the event, and if you have any additional requirements please email Zuwaina Nelson.

Is the jury system the bulwark of individual liberty?

This lecture will look at the role of the so-called “perverse jury” in acquitting defendants where the law, or the charge itself, is deemed unjust. Famous examples are Kempton Bunton (for the “theft” of Goya’s portrait of the Duke of Wellington in the 1960s), Clive Ponting, and Randle and Pottle.

But the jury can also be a bastion of prejudice: white juries habitually acquitted white defendants in the US in race violence cases. Does the jury system need improvement? Should its right to deliver a perverse verdict be curtailed?

Is there is a level playing field between participants at inquests? What does ‘equality of arms’ mean? Is such a concept appropriate when looking at inquests? Are inquiries better?

How have they developed since the IRA Death on The Rock case? What are the problems faced by those representing families, is there a case for fundamental change? If so what model should we adopt to replace the present system?

We hear too often about sudden death in adults following prolonged and often unnecessary police restraint. What do people know about the dangers of restraint and how widespread is our understanding of such deaths?

This talk explores the legal implications facing the state and what steps can be taken and implemented to save more lives and have safer policing.

In the wake of the decision in the parliamentary prorogation case Miller (No.2), the question of the politics of the judiciary has been thrust into the public eye. Was it “a constitutional coup” as some have claimed?

The Government has promised to “update the Human Rights Act” and review the “relationship between the government, parliament and the courts”.

Will this limit the power of the judiciary to do justice? Do British judges have too much “power” and are they over-politicised?

All electronic resources will require a City Law School student account for access. If you have trouble using a service, please email the Law Library or use the helpdesk form.

How do I use this carousel? 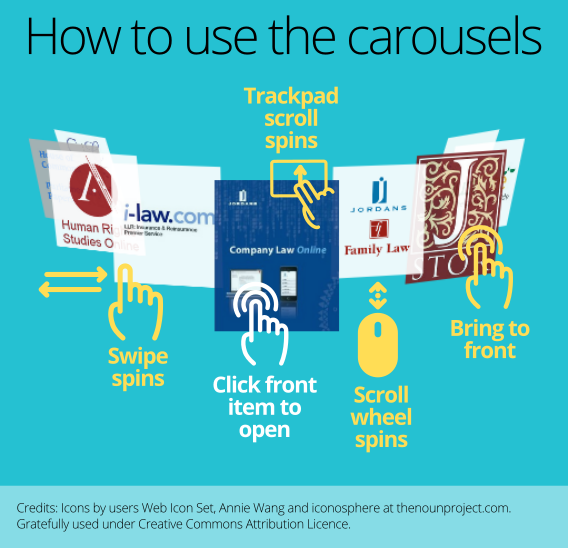